ADDING VR TO YOUR EXHIBIT WILL MAKE A LASTING IMPRESSION 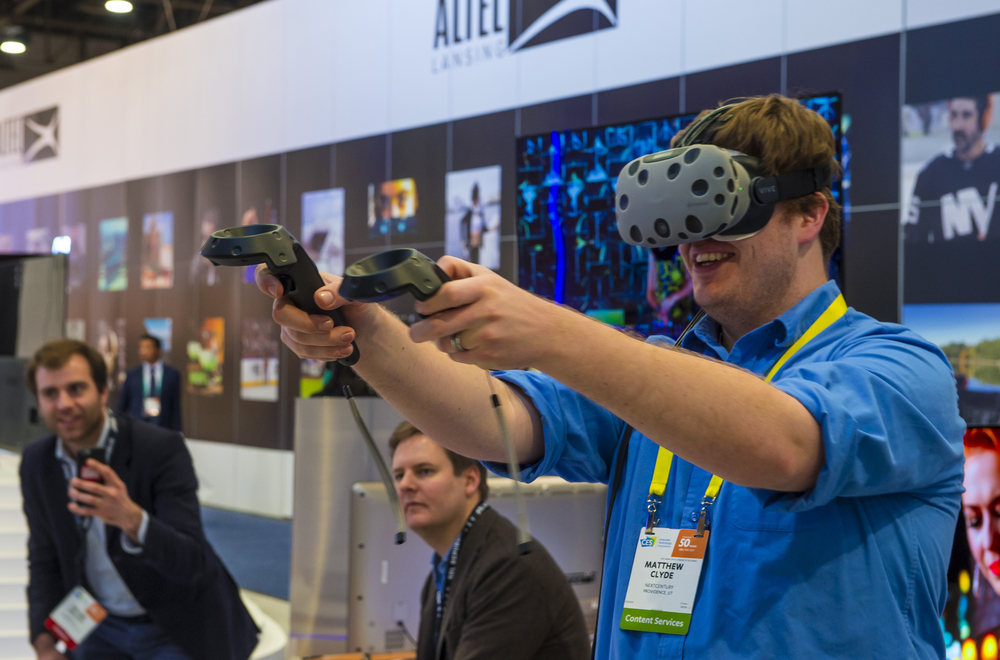 Like any new-ish technology tool, you only get one first impression, and it would be terrible to look like an amateur in this new realm of V-commerce. Used the wrong way a new, in-store, VR experience can confuse or frustrate your buyers. Used the right way, VR can open up new possibilities and give your curious buyers a 360 view of your product, among other benefits.

We do love our King Cakes at VOXX Exhibits – cream cheese filling, icing or jelly. It hardly makes a difference and little argument when the plastic baby is discovered. Not every booth, brand, or retail experience needs Virtual Reality (VR) unless custom design and development experiences are needed. If you’re not sure, check out our partner page to see if VR is for you. Here are a few things we’ve learned while incorporating virtual or augmented experiences into an exhibit or retail experience. Let’s start with what’s-what in virtual reality. 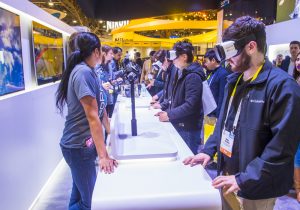 360 video via Facebook, GearVR or any of the similar platforms provide an easy entry into 3D content. The consumer software and hardware solutions available today make great options for brands interested in the integration of 360 into other marketing efforts, campaigns or programs. One of our partners recently picked up a RICOH, a low cost 360 video capture.

The most significant difference between 360 video solutions and true virtual reality (VR) solutions is the passive experience 360 provides, meaning you cannot grab or interact with any of the surrounding environment. This is a good thing to know when you’re choosing a VR experience. Does your audience want or need to interact with one of your products, the environment around them, or are they content to sit back and let the VR wash over them?

The signal you’re sending to your attendees when you offer VR as a part of your exhibit, particularly if you design and build a custom VR experience – is that you and your organization are tech-savvy. The second signal VR sends is that your product is aligned to a digitally savvy audience. To this segment of the audience that grew up making comparing and making purchases online,  this means more than you know. Here’s are other things that VR can bring to your exhibition: 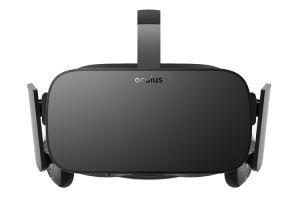 Oculus Rift is one of the early pioneers of virtual reality in 2016. Oculus launched via Kickstarter in 2012 to fund early Rift development. Oculus is now a division of Facebook after initially being founded as an independent company.

Valve launched onto the world scene at Mobile World Congress in March of 2015. And Launched they did. The Vive platform expanded the field of view which helped VR take a big leap forward.

The differences between Oculus and Vive experiences will be lost on most consumers that are not savvy with VR technologies. If you’re building a custom solution, then there are certainly design considerations to make based on the scope details.

Most of the differences will be seen at the controller level seen below. Vive uses a D-pad configuration with triggers and interior/exterior buttons while Oculus uses finger controllers similar to Xbox or Nintendo console controllers.

Among the early challenges brands experienced containing Virtual Reality is ample space for multiple stations free and clear from other uses for that same space. Most stations require a 15ft x 15ft cleared area but with both HTC Vive and Oculus going wireless expect to see brands pushing the physical boundaries once again.

The other early challenge is line management, or how many people can you expect to have a chance to experience VR for themselves. If you build a custom VR experience for story or product launch the amount of time needed in the experience per person will vary greatly, but what we’ve found in most situations 10-15 minutes is a good planning estimate. So depending on the specifics, you can estimate 4-6 people per hour. Check out one of our Case Study on the Lafayette Science Museum to see how we successfully design and incorporated virtual reality into exhibit design.

The right number of VR stations depends on the number of people you expect in your booth and if the VR experience you’re inviting people to view is worth it. We’d be happy to help you figure out the right solution involving virtual reality, augmented experiences, video, or other exhibit, retail or festival needs. Contact Us to start a conversation.

VIEW ALL OUR VOICE